Rose McQueen died in October 1963 from cancer two days short of her 82nd birthday. She had dedicated her life to teaching English and History retiring from Stratford Collegiate in 1946 as head of the English Department. During her 34 years of imparting her love of these two subjects, especially Shakespeare, she had an undeniable influence on the city of Stratford. She was a mentor to Tom Patterson, the founder of the Stratford Theatre, and most of the 1952 Chamber of Commerce and the steering committee they appointed were all former students.

Rose was the granddaughter of James McQueen and Ellen McFarlane, early and highly respected settlers of Pilkington Township, Wellington Co. Ontario. James and Ellen had ten children. Robert, their youngest child, was Rose’s father. He married Elizabeth Kernaghan who had been a school teacher. Together they had seven children with Rose being the second youngest. 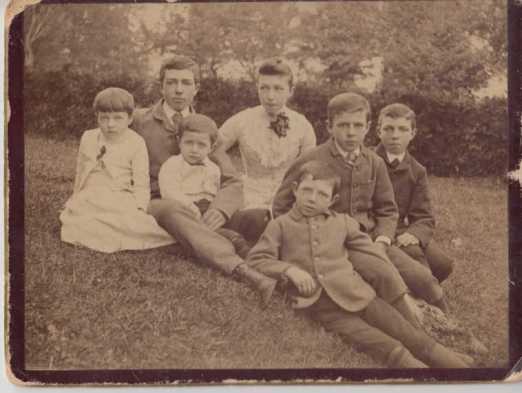 The McQueens were a close knit family. There was always music, poetry, and literature in their large home. In the winter, they often entertained neighbours from as far as ten miles away. There would be fiddling and dancing and around midnight everyone enjoyed sandwiches, cakes and pies. These were happy and lively times.

But for quiet times, her home had a wide selection of books. Many others were available at the village library or at the Presbyterian Sunday School.  Very early in her life, Rose learned to read. Her older siblings would be at school and her younger brother was often ill so she would entertain herself with books, learning to “see” imaginary worlds.

The family home was two miles from the school. This presented a great difficulty in winter for a small child to walk through the deep snow.  Rose sometimes missed a whole month of school but because her mother had been a teacher, a fact Rose was very proud of, she was able to keep up her studies. But her early school years were fraught with difficulty because of a strict disciplinarian teacher who administered corporal punishment and often ridiculed her students in front of the class. She wouldn’t believe that Rose, in her first few weeks of school, could read so well until her two older brothers vouched for her. 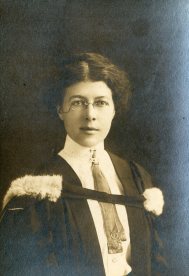 Rose quickly advanced in her grades but soon ran into difficulty with arithmetic. No one had taught her how to do multiplication. Rose’s mother came to the rescue after Rose broke down in tears telling her about the difficulties she had experienced in the classroom.

Rose graduated from Elora High School in 1900, achieving her Senior Leaving Certificate. She had passed thirteen exams –  two each in Latin, German, French, and English, three in math, one in history, and one in physics.  Four years later she was teaching at the school.

Even in these early years of her teaching career, she was highly admired and respected by students and administration alike.  But in 1907, she realized that in order to advance her career, she needed more education herself so she moved to Hamilton and stayed  at the Queen’s Hotel and enrolled in the Ontario Normal School.

In her senior year, she was on the board of Torontonensis, the university yearbook.

She also embarked on an ambitious study program by enrolling in Honors English and History. She excelled in her studies standing first in first class Honors from her second year on.  She was highly influenced by her professor, William John Alexander, who had made major reforms in the study of English Literature at the University of Toronto and eventually through his books, he changed the school curriculum for Ontario. He emphasized the meaning of the work and through that, to inspire students to a lifelong pleasure in the reading of good books.  Rose followed these ideas and later succeeded in inspiring many of her students.

Soon after her arrival in Stratford in the summer of 1912 at age 30, she met Mary Constance Duff, a milliner, and they became good friends. Mary married in 1914. There was a rumour that Rose may have had a suitor as well before he was killed in WW1. 1912 was also the year Rose began her teaching career at Stratford Collegiate.

Rose had a demeanor in the classroom that commanded respect from her students. She expected her students to have good manners and although the classroom was quiet, it was still a lively place. According to the recollections of many of her students, there was a sense of authority and calm about her; some felt a sense of awe. Others described her as being austere, meticulous, opinionated but not outspoken, stoical, often smiling and soft spoken with a sense of humor and a subtle warmth.

Some of the students recalled her physical appearance as being short, stout, and slightly bow legged; having penetrating eyes behind small round glasses with short bobbed hair and a pink complexion. Fashionable clothing was unimportant to her. She would wear dark skirts and white shirtwaist blouses with high laced shoes. One student remembers her wearing only 2 dresses – one green and the other a winey red.

The high school English curriculum from 1913 through to the 1930’s consisted of poetry, mostly of 19th century British poets, Milton, and Shakespeare plays, with an emphasis on memorization. There were no novels until the early 1940’s.

In 1913, modern History of Europe was the focus. It was not until 1946 that the curriculum concentrated on Canada and the USA. Topics for English Composition were more related to the current events of the time.

Rose had a sure and extensive knowledge of her subjects that she imparted with illustrative and anecdotal material.  She would bring Shakespeare to life with historical information about the Globe Theatre and the people of his time. She succeeded in arousing her students’ curiosity and desire to learn by thoroughly covering each play and poem. To quote one student “I not only read the words, I heard the music, felt rhythm, saw colours and landscapes”.

Rose frequently digressed from the school curriculum. In one five year period, she taught twelve Shakespeare plays – double the requirement. She loved to tell stories and anecdotes and would recommend other books for further reading, In many of her students, she would inspire a lifelong habit of self enrichment.

Because of Rose’s influence at Stratford Collegiate, there was a strong interest in literary activity. She herself directed plays and would provide critiques to her students who also wanted to direct. She also fostered public speaking and debating contests.  She was the staff advisor to the student yearbook, The Collegian, the Literary Society, and the Student Council.

Rose had an abiding interest in her students continuing long after their graduation. She maintained a scrapbook of 100pp of their accomplishments dating from 1931 to 1950. On several occasions, she gave financial assistance to students who otherwise could not have pursued a university education.

Although she was heavily involved in collegiate activities, she found the time to participate in community affairs.  In 1920, she was the first president of the Women’s Canadian Club. A month after her election, she introduced Emmeline Pankhurst, the well known British suffragette as the guest speaker.

In the 1920’s she formed a lifelong friendship with Grace Dand who was active in the work of the YWCA. 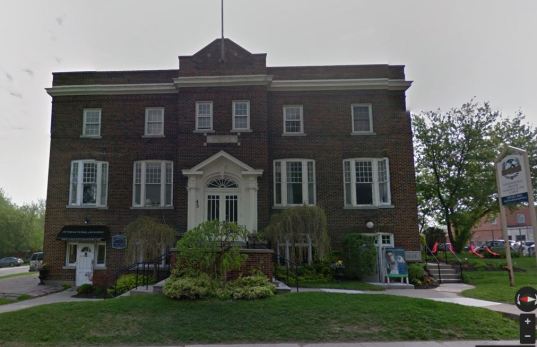 Rose became a member of the Board of Directors of the YWCA and later a part of the Financial Committee.  In 1929, she was one of the vice presidents of the Ontario Secondary School Teachers’ Federation. She was also a member of the Stratford Library Board and the University Women’s Club. And much to her great pleasure, she became the Honorary President of the Stratford Little Theatre.

When Rose first arrived in 1912, Stratford  was a vibrant growing city of 13,000, full of optimism for the future. Right from its inception, Stratford had an affinity with Shakespeare from the naming of hotels, the various types of stage productions, names of different wards of the town, and even to the planting of a “Shakespearean Oak”. It was from this atmosphere that Tom Patterson was able to put together the foundations of the Stratford Theatre.  It was a topic of conversation between him and Rose for over a decade with her encouragement being a big influence.  But her influence was also felt beyond Tom Patterson. The majority of members of the Chamber of Commerce and the steering committee they appointed were all former students.

Rose retired in 1946 with a dinner arranged by 150 of her students. The Board of Education commissioned a portrait of her and one of her colleagues.  The principal speaker at the dinner said “she was not only by far the best head of the English Department ever had but for many years was one of the most outstanding English teachers of the province.”

During her retirement, Rose enjoyed many Stratford Theatre productions. Tom Patterson and Victor Polley, the Chief Administrative Officer, made sure there was always a seat for her whenever she wanted to attend. She  enjoyed playing monopoly almost every week with Grace Dand and her other close friend, Cora Ahrens, the piano teacher.

She also took a trip to Vancouver to visit a nephew and she had traveled to the UK on one occasion.

Rose  passed away in Avoncrest Hospital and is buried in Elora Cemetery with her lifetime friend Grace Dand.